Lake Amistad, located on the United States/Mexico border, hosted the championship on April 17-18. A total of 36 competitors from all over Mexico qualified to compete, including one competitor who drove 17 hours to get there.

“Fish were in a postpawn mode in most parts of the lake,” said Manuel Treviño, president of the Mexico B.A.S.S. Nation. “However, they were still bedding toward the dam in the southeast corner of the lake. That was where a few anglers found the better-sized fish.”

Although several of the competitors were local and considered favorites, Lozano won without ever having fished Amistad before.

“An outsider came to solve the puzzle presented by a very tough Lake Amistad,” said Treviño. “In his first time there, he found the right fishing spots and the winning pattern that led him to win the most important tournament in his life.”

Lozano will travel to the United States this fall to compete in the Old Milwaukee B.A.S.S. Nation Championship, where he will have a chance to earn a berth in the 2016 Bassmaster Classic. 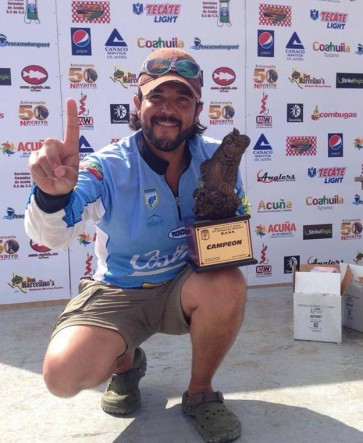